New Research Shows Memory Function May Be Restored After a TBI

Traumatic brain injuries, or TBIs, can wreak havoc on how your brain functions. When you’re injured in an accident and suffer a TBI, you could suffer a number of different side effects. These include problems with cognitive, communication and executive functions, like creating and recalling memories.

It looks like there may be some hope on the horizon. New research out of New Zealand has shown that it may be possible to restore memory after a TBI.

According to scientists, the “mammalian brain houses a complex network of structures that support memory, and a small region called the anterior thalamus is a critical part of this system. Damage to the mammillothalamic tract (MTT)—an important connection for this hub—can cause memory loss in patients suffering a stroke [or acute brain injury], which is currently considered irreversible.”

The study first examined whether memory could be restored in rats with lesions on their MTT. To test this theory, they used optogenetics—”a light-based technique that allows the activation of specific neurons.” The researchers stimulated the anterior thalamus neurons in the rats.

The findings are promising: “A regular pattern of stimulation substantially improved spatial working memory in these rats, albeit temporarily, and also improved the electrical rhythmicity in the memory system. Moreover, such activation also increased the expression of the protein Zif268—an indicator of neural activity—across the memory system.”

If you or a loved one have suffered a traumatic brain injury as a result of someone else’s negligence or recklessness, this news undoubtedly brings hope. When the treatment is available to humans, this could make a dramatic difference in victims’ lives. However, as most of us are all too aware, medical care can be prohibitively expensive. To ensure that you’re able to access the care you need—without going bankrupt—it’s important to make sure the responsible parties are held liable.

Ohio has a two-year statute of limitations for personal injury cases, which starts tolling from the date of the accident (or when the injuries are discovered). Make sure to call a lawyer as soon as your condition is stable. This will ensure that you have the best chance of recovering compensation for injuries, pain and suffering, lost wages, future medical care and more.

Discuss your case with an Ohio personal injury lawyer

When you suffer a traumatic brain injury, you may be able to recover compensation for your losses. I’ll Make Them Pay!® Call me today at 877.202.0809 for a consultation, and we’ll work to get what you deserve. 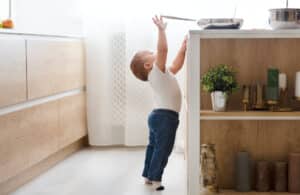 Child Burn Injuries Have Doubled During the COVID-19 Pandemic 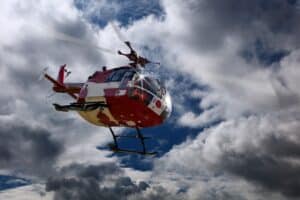 10 Things to Know About Catastrophic Injuries 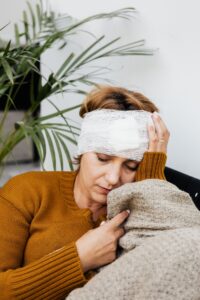 Five Things You Should Know About Brain Injury Claims