Traumatic brain injuries (TBIs) can vary greatly in terms of their severity. A concussion is one type of mild TBI. As you may know, concussions are much too common in contact sports, especially in football, hockey, soccer, cheerleading, and other sports. Whether you play a contact sport or you have a child athlete on a team, you should learn more about sports-related concussions. The following are five things to know about sports-related concussions and brain injury claims in Columbus, Ohio.

Ohio Has a Return-to-Play Concussion Law

Ohio has a Return-to-Play law, which “requires that Ohio youth athletes who are suspected of sustaining a concussion MUST be removed from practice or play.” If a coach, administrator, or anyone else responsible for overseeing athletics does not adhere to the law, that person may be liable.

Researchers at the CTE Center at Boston University have linked a history of multiple sports-related concussions to the possibility of developing chronic traumatic encephalopathy later on in life. This is a very serious degenerative brain disease. Even if the sports-related concussions occur when an athlete is a teenager or a young adult, those brain injuries may still lead to CTE many years later.

Sports-Related Concussions Can Have a Variety of Signs and Symptoms

There are many different signs and symptoms associated with a sports-related concussion, and a person certainly does not have to show all possible signs or symptoms before they are properly assessed by a physician. According to the American Academy of Orthopaedic Surgeons (AAOS), common symptoms include but are not limited to:

Sports-related concussions are preventable, according to the AAOS. In addition to proper safety equipment, athletes can be “trained in safe sports technique” and those in charge can change the rules of the game.

If you or your child sustained a sports-related concussion and you believe that another party’s negligence played a role, you may be able to file a brain injury lawsuit. However, it is essential for you to remember that you only have a limited time window in which to file your claim. Nearly all personal injury lawsuits, including brain injury claims, have a two-year statute of limitations under Ohio law. Accordingly, you need to file a lawsuit within two years from the date of the bump or blow to the head that caused the concussion.

Were you injured while playing a recreational sport? Was your child injured in a high school or college sporting event, such as a football game or soccer game? Coaches, healthcare providers, and institutions may be liable for a sports-related concussion injury. I’ll Make Them Pay!® Call me today at 877.614.9524 for more information about filing a claim. 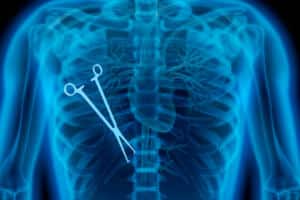