In Columbus, Ohio, many residents enjoy riding motorcycles for recreation, and many other residents use their motorcycles as a primary means of transportation. Whether you are new to motorcycling or have considered yourself to be a motorcycle enthusiast for decades, it is important to understand the risks associated with motorcycle riding.

While some motorcycle crashes occur as a result of a motorcyclist’s lack of experience, many collisions involving other motor vehicles happen because of a car or truck driver’s negligence. Motorcyclists have much less personal injury protection than vehicle occupants in the event of an accident, and they can suffer permanently disabling injuries like amputations and brain injuries.

When a motorist’s negligence causes a serious crash in which a motorcyclist gets hurt, I want to make sure the at-fault driver compensates the motorcyclist. Do not hesitate to get in touch with me to learn more about filing a claim. In the meantime, I want to tell you more about some of the most common causes of motorcycle accidents.

According to an article in Ride Apart, cars making left turns are among the most common causes of motorcycle accidents, and these kinds of collisions can be severe or even fatal. In these types of crashes, the car driver is often at fault. That driver might judge the motorcyclist’s speed improperly, or the driver simply might not be paying attention. Sometimes blind spots even play a role. Motorcyclists may be able to avoid some of these left-turn accidents by being aware of how frequently they occur.

If you are on a motorcycle and you are approaching an intersection, you should keep a close lookout for any cars that could be planning to turn left. Of course, a motorcyclist should never think that just because he or she might have avoided an accident that he or she bears some responsibility for it. When a car turns left without looking or without leaving enough of a gap, the driver is very likely at fault.

A lot of cars and trucks have large blind spots, and due to the size of motorcycles (compared to other motor vehicles), motorcyclists are often in a driver’s blind spot. When a driver does not see a motorcyclist, especially on a multi-lane road or highway, that driver might think it is safe to change lanes when, in fact, there is a motorcyclist occupying the lane. When a motorist makes a mistake like this, the motorcyclist can sustain devastating injuries. Sometimes motorcyclists can avoid these types of collisions by making eye contact with nearby drivers. You should remember, as the article points out, that “if you can see a driver’s eyes in their mirrors, then they have the ability to see you, too.”

Learn More About How I Can Help With Your Motorcycle Lawsuit

If another driver’s negligence resulted in a devastating motorcycle accident in or around Columbus, Ohio, let me help with your claim. You deserve to be compensated for your losses, and I’ll Make Them Pay!® Call me today at 877.614.9524 for more information about getting started on your claim. 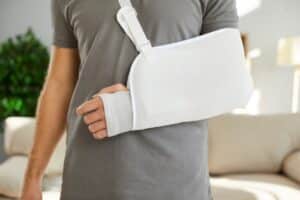 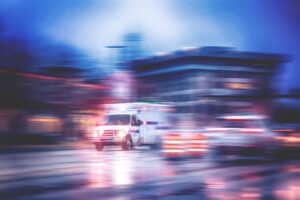 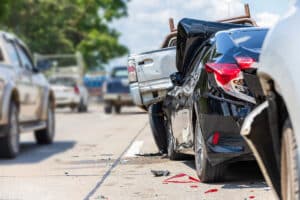